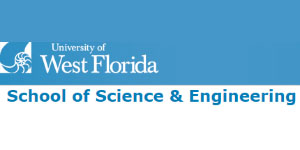 The University of West Florida is a medium-sized public college offering a number of disciplines along with engineering programs and located in Pensacola, Fla. This college was founded in 1963 and is currently offering bachelor’s degrees in three engineering programs. In February 2010, UWF opened a new multimillion-dollar facility, the home of the new School of Science and Engineering.

Among many of the building’s features we can find a prototype robot fabrication and testing laboratories, 3-D virtual reality simulators including a Holo-Deck, and a glass wall atrium that helps put science into the public view. This construction is based on Project Kaleidoscope, a national initiative project funded by the National Science Foundation and the Keck Foundation.

The facility is one of the first of its kind to be constructed in the nation.

The building’s mascot is a robot named PHLEN (PHenomenally Lifelike Eidetic Nerd), who is deployed to meet guests and give tours of the buildings more advanced features.

For more information about UWF’s SSE visit its website at uwf.edu/sse/.