The views and opinions expressed in this article are those of the author and do not necessarily reflect the official policy or position of the Florida Board of Professional Engineers or the Florida Engineers Management Corporation.

BY John C. Pistorino, PE, SI
This is a follow-up to the article “What Are Threshold Building Inspectors?” written by Robert Sprehe, PE, SI, which appeared in the April 2020 newsletter. While the article is accurate, I think it falls short in discussing the liability of a Special Inspector of Threshold Buildings.

The law, Chapter 553.79, Florida Statutes, Permits; Applications; Issuance; Inspections, is often used against Special Inspectors when they fail to obtain a contract that allows them to fully inspect all structural aspects of a project.

I was the chairman of the Florida Engineering Society’s State Constructed Environment Committee when we devised the statute as a response to the collapse of the Harbour Cay Condominium in Cocoa Beach on March 27, 1981. Eleven workers were killed, and 23 others were injured. 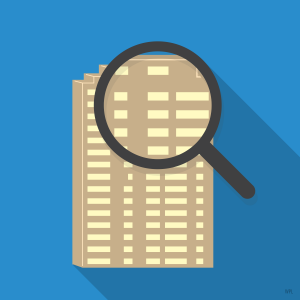 The structure’s failure was the result of a combination of punching shear design and reinforcing steel placement. Shoring and reshoring was also a consideration. The concept of a Special Inspector (SI) was to ensure that a knowledgeable structural engineer would be involved in the construction phase of a building.

The Special Inspector idea was pulled from provisions that were in the South Florida Building Code at the time. The Special Inspector was to inspect a threshold building. We considered a “threshold” building as being a building with entry or threshold requirements. When defining a threshold building, we considered the dangers that buildings under construction, as well as in the long term, can be exposed to, including their size, complexity, and occupancy. Hence, we recommended that a threshold building be defined as having a height greater than three stories or 50 feet, a footprint exceeding 5,000 square feet, and an occupant content of greater than 500 persons.

We recommended that the Special Inspector had to be a PE or Registered Architect with design expertise in threshold buildings. In fact, we recommended that the SI also be the engineer-of-record (EOR) because the EOR is the most knowledgeable of the details of the design. However, knowing that a PE engaged in design may not be able to spend enough time on a construction site and still be available for design, the committee decided that the SI could designate a representative to do the actual inspections. The SI’s representative must be a full-time employee under the supervision of the SI, and have an engineering degree such that the representative could eventually qualify to become a PE.

Building officials in some jurisdictions thought that it was a conflict of interest for the engineer of record to also serve as the Special Inspector, and refused to grant permits on that basis. This is the polar opposite to the intent of the law. The most preferred person to be the SI is the EOR, since they are the most knowledgeable person on that project. Since the Special Inspector is working for the owner, and representing the building official, a conflict of interest argument does not hold water. In fact, building officials must approve the retaining of a SI before issuing a building permit. For that reason, a building official can demand the removal or firing of a SI for cause.

The SI inspections were to ensure that the construction complied with the permitted drawings. To accomplish that in the case of concrete construction, every piece of embedded steel, among other things, must be inspected for placement, concrete cover, and size. The designated representative would create a daily inspection record as the statute requires so that the building official, who is also relying on such records, can review them on a weekly basis.

We (the committee) carefully created the concept that the SI would work on behalf of the owner/developer of the project, as well as supplementing mandatory inspections by the building official. The building official still had the authority and mandate to perform the inspections, but could choose to rely on the SI.

In essence, the SI serves two masters. However, there are no Florida cases that address whether a SI enjoys sovereign immunity as a building official’s agent.

Liability of the Special Inspector

However, as we engineers know, even though work is approved by a building official and a Certificate of Completion is issued, the building official is not liable for errors or non-compliance of the construction that may be discovered later. We also know that the contractor has the primary responsibility to build according to the permitted plans. The contractor also has the obligation to provide their own quality-control personnel and not to rely upon the SI. For this reason, it is imperative that the SI have the type of contract to provide sufficient time on the project to inspect all of the structural components. It is also important that the Special Inspector’s contract includes statements that the SI is not the quality-control entity for the contractor.

Therefore, if a non-compliance condition that requires correction is discovered after construction is completed, the responsible party should be the contractor. When such non-compliance is discovered by a building’s subsequent owner, an attorney is retained to ensure the problems are corrected. The issues are then addressed by the contractors and their attorneys, and claims are made.

The protocol for attorneys is to name and claim anyone who had anything to do with the non-compliant condition, and the Special Inspector may be charged with the costs of making the correction as much as the contactor is held responsible. The SI will have to submit detailed inspection notes and logs. The SI should have errors and omissions insurance, and the plaintiff (the new owner) will become aware of that. Even if the Special Inspector is not named in the initial lawsuit against the contractor, the contractor may also choose to bring in the SI as a third party.

A statute of limitations extends four years after a deficiency has been discovered, and a statute of repose covers 10 years from the time construction is completed.

Problems can arise if the Special Inspector’s representative is not actually present to inspect all components. The SI’s client may demand low inspection fees and challenge the amount of time necessary to perform the job. If a Special Inspector certified that the construction complied with the permitted plans and yet knowingly did not have a contract that gave the field representative enough time to inspect all of the structural components on site, a lawsuit may not only involve damage claims, but could also jeopardize the Special Inspector’s license if problems arise later.

The FES committee also recognized that the engineer of record may not be available to perform SI inspections because of limitations or size of the office, monetary disagreements with the client, or physical limitations. Therefore, since the EOR is most knowledgeable of the project it was deemed that a Threshold Inspection Plan written by the EOR be put on the permit drawings themselves. That way any qualified Special Inspector could perform the work according to the plan.

However, the plan may not be as inclusive as it should be, and the SI has the responsibility to confer with the EOR for clarification and revisions to the plans when conflicts occur. The SI may not approve any construction that does not conform with the permitted plans, unless the permitted plans have been revised by the EOR and submitted to and approved by the building official. The SI could be potentially liable if the Special Inspector approves construction that has been modified in the field, but not approved by the EOR and the building official.

The Special Inspector law was passed by the Legislature at 3 in the morning. At that time, lobbyists for contractors added in an additional requirement that the SI would also inspect shoring. This was not in the bill proposed by FES.

The Special Inspector is able to verify permanent construction, but shoring is part of the means and methods utilized by the contractor. Temporary shoring is a specialty that requires its own design and expertise. It is not possible or reasonable for the SI to approve shoring simply by observing what the contractor has installed. Yet that was included in the legislation. We know, of course, that the collapse of the Harbour Cay was a combination of design defects, steel placement, and possible shoring issues.

Therefore, we at FES thought it would not be fruitful to try to get this shoring provision corrected as the entire legislation might have been altered or eliminated. So, we advised that Special Inspectors insist in their contracts that the contractor would be required to retain an independent shoring engineer (PE) to design and inspect the shoring and form work before loads are placed upon it. The SI would then rely upon the inspection report from the shoring specialty engineer before approving placing of concrete or other types of loading. If the Special Inspector agrees to inspect shoring, the SI must have the expertise and know they are involving themselves in the means and methods of the contractor’s construction, which has great implications pertaining to liabilities of personal injuries and construction failures.

At this time, we understand that this requirement is being enforced by most of the building officials, and that shoring design and inspection by a specialty engineer must also be provided to many of the building departments.

Construction sites are always considered to be a dangerous environment. The Special Inspector is subject to the same hazards and exposure as the contractor’s personnel. However, the SI does not serve as the contractor’s quality control and does not involve themselves with safeguards and Occupational Safety and Health Administration requirements.

However, the SI should not be required to be on construction sites that do not have the proper safeguards in place, such as guardrails and open hole protection, among other requirements. Of course, the SI must have their own protection equipment including hard hats, gloves, steel toed shoes, goggles, safety harnesses, or whatever equipment is appropriate for a particular site.

But if the SI sees an obvious violation that may endanger themselves and other workers, the Special Inspector should advise the proper authority, which could be the superintendent or job foreman. This is done as a humanitarian, common-sense gesture when working among others on a construction site. However, the Special Inspector’s contract must stipulate that being on the construction site does not require the SI to observe or review safeguards. That is the responsibility of the contractor.