From the Executive Director: The Future of Engineering

This article is reprinted with permission from NCEES’ Licensure Exchange December 2017 issue. As many states are moving to make changes to their occupational and professional licensing boards, Ms. Mamola’s article is worthy of consideration:

The Future of Engineering 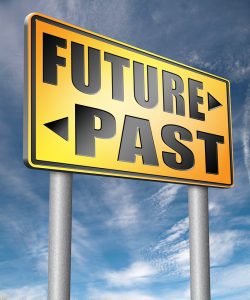 Last August, 48 people attended the Future of Engineering Summit in Omaha, Neb. Hosted by a group of concerned engineering consulting businesses, the event included attendees from all parts of the United States as well as a variety of national professional society representatives. Attendees were required to commit to having an open mind, being willing to think big, and, most importantly, getting out of their own way while participating.

Prior to attending the summit, attendees were encouraged to read four books:

The books were thought-provoking, fueling discussions during the two-day meeting.

Despite the demand for engineers, the United States is not currently producing enough of them. One reason that A Whole New Engineer cites for this lack of engineers is that not enough students succeed in getting engineering degrees. Preparation and encouragement of high school students is a major cause of the lack of interest and success in the engineering-related careers. This is especially true for women and minorities.

Olin College has piloted a new approach to engineering education. Teachers collaborate with students to create innovative ideas. Students build and make things prior to being taught the math and science. Creativity is encouraged, successes are celebrated, and failures are valued as opportunities for improving the engineering process.

The University of Illinois was unable to toss out its engineering education to create a new program but knew changes were needed to improve engineering education. It, therefore, adopted much of the Olin model on a voluntary basis and has seen 100 percent participation by staff and students.

Instead of asking students to look to the right and left to see who won’t make it, these programs encourage them to look around at the classmates who will be helping them succeed. With this optimistic approach, both programs have diverse student populations and impressive retention rates.

As engineers, we often talk about concerns with engineering education. We may agree that changes are needed, but we passionately disagree on the fix. It is exciting to watch Olin College lead the way in radically changing engineering education. Rather than working within the confines of current engineering education delivery systems, Olin has transformed delivery. It has no departments or tenured staff. Staff lead classes and collaborate with students to explore the boundaries of knowledge and innovation by working on research projects, in addition to pursuing new ideas born by each student’s passionate pursuits. Olin has caught the attention of others and is collaborating with them, serving as a beacon for the future of engineering education in the world.

Technology is rapidly changing our world. The Future of the Professions describes how a number of professions have already been irrevocably changed by technology. Rather than seeking a certified public accountant for tax preparation, taxpayers can simply use TurboTax, an online tax preparation software program. The June issue of Builder magazine, which is the magazine for the National Association of Home Builders, included an article on artificial intelligence-based design. The article stated, “Currently, only professional designers know design rules and techniques. Our vision is to empower everyone to become interior designers with an app that combines AI with virtual reality.” It’s not a stretch to imagine that artificial intelligence will eventually percolate into engineering design practice. The market will no doubt demand it. A business owner of a major engineering firm attending the Future of Engineering Summit commented that there is no reason why engineering designs cannot live in the public domain. Owners currently demand ownership of engineered drawings, wanting the ability to reuse them. When the demand exists, it becomes only a matter of time before the competitive free market meets the demand.

Uber is a great example of the market meeting demand. There are cars on roads everywhere, and people ride in cars to get places. By employing new technologies and innovative business models, Uber became a ride-sharing service, sidestepping the regulation of the taxi industry. Uber is thriving as an unregulated service, while the highly regulated taxi industry is steadily declining. This very well could be the beginning of the end for the taxi industry. When considering the future of engineering and that just 20 percent of graduate engineers become licensed, regulators and licensed professional engineers could easily find themselves in a similar position to that of the taxi industry.

As board members and executive directors of engineering regulatory boards, we should not be naïve or arrogant to believe that status quo will continue to be acceptable. This past year, we have experienced increased challenges to licensure. And these challenges do not appear to be abating. Recently, the National Conference of State Legislatures commissioned an occupational licensing study in 11 states to identify current regulatory policies that create unnecessary barriers. Similar to the Future of Engineering Summit attendees, NCEES and its members must be willing to commit to having an open mind, be willing to think big, and — most importantly — get out of our own way to meet the future of engineering licensure.

Patty Mamola is the executive director and a past member of the Nevada State Board of Professional Engineers and Land Surveyors, and a member of the 2017-18 NCEES Committee on Member Board Administrators. She is also a past president of NCEES.