The Florida Board of Professional Engineers appointed Dr. Mark A. Tumeo, PE, to fill an engineering vacancy on the Florida Engineers Management Corporation’s board of directors. 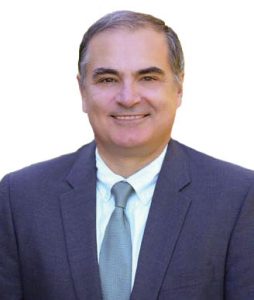 Dr. Tumeo holds a Ph.D. and an M.S. in environmental engineering from the University of California, Davis, a J.D. from Cleveland State University, and B.S. degrees in civil engineering and biology from the University of Notre Dame. He is a registered Professional Engineer in Florida, Oklahoma, and Alaska, and is a member of the Ohio Bar. Dr. Tumeo is currently the senior engineer at Earth Systems, an environmental consulting firm with offices in four states.

Previously, he served as dean of the College of Computing, Engineering, and Construction at the University of North Florida. Prior to that, he was at Cleveland State University where he served seven years as the vice provost of research and dean of the graduate studies before returning to the faculty in 2000, where he served as the faculty advisor for the CSU Chapter of Engineers Without Borders and as the undergraduate program and ABET coordinator for the department. Prior to his appointment at CSU, he was a faculty member at the University of Alaska, Fairbanks.

Dr. Tumeo has almost 40 years of experience in environmental consulting and research, and has extensive experience and publications in environmental risk assessment, policy, and regulation. He has published over 40 peer-reviewed articles, reports, and book chapters, and numerous conference proceedings in the area of waste treatment, management, and risk analysis. He has served as an associate editor for the American Association of Civil Engineers <em>Journal of Environmental Engineering</em>, and the <em>Journal of Professional Issues in Engineering Education and Practice</em>.

He was a participant in the Young Scientists Summer Program in Austria, where he worked on modeling acid deposition across the European Continent and spent four months teaching environmental engineering and policy seminars in Peru as a Fulbright Scholar.

In 1993, Dr. Tumeo was the recipient of a Congressional Fellowship from the American Association for the Advancement of Science (AAAS) and served one year as a legislative aide to Sen. Barbara Mikulski, D-Maryland.

Dr. Tumeo has and continues to serve on local, state, and national panels in the area of environmental management and law. He was among the original gubernatorial appointees to the Pacific Northwest Hazardous Waste Advisory Council in 1991. He has also served on the National Science Foundation’s Interagency Task Force on Antarctica, the EPA’s Federal Insecticide, Fungicide, and Rodenticide Act Scientific Advisory Panel, and the EPA’s Food Quality Protection Act Science Review Board.

In 1994, he was selected by Alaska Governor-elect Tony Knowles to serve on his transition team. He served as the U.S. Secretary of Agriculture’s representative on a committee developing the clean-up standards for the Joliet Army Ammunition Base from 1997 to 2004 (through two administrations).

In 2005, he was selected as the Ohio governor’s academic appointee on the state’s Technical Advisory Committee on Sewage Treatment Systems. In 2005, he was also elected to the Cleveland Heights City Council, and was re-elected to a second term in 2009.

Currently, he is the PE (Florida Engineering Society) representative member of Florida’s Research Review & Advisory Committee for Onsite Sewage Treatment and Disposal Systems (OSTDS), and has served as the alternate PE on the state’s OSTDS Technical Review and Advisory Panel until this year.