An Engineer’s Responsibility When Engineering Issues Are Discovered After Permitting 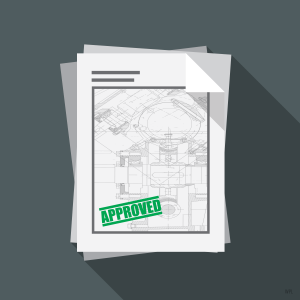 Imagine that you have completed an engineering design and have submitted your signed, dated, and sealed engineering documents for permitting. During the permit review process, you address all comments identified by the permitting authority.

It is generally assumed that the engineering documents conformed to all the applicable codes. But, what if this is not the case? What if the engineer’s design did not comply with something in the code, and the permitting authority did not realize it? What if a peer review had already informed you there might be an issue? What if someone later informs you about this issue? What if you are the only one who realizes there is an issue?

There is a common misconception among design professionals that once a permitting authority has reviewed and permitted a project, the design professional has been relieved of any code violation that was not identified in the permit review. It is almost as if some think the permitting authority has one chance to identify design issues on a particular project, or else they forfeit their rights forevermore to enforce that specific code on that specific project.

Many engineers, architects, contractors, and owners look at permitting authorities as a necessary evil. “We just need to get through permitting” is a phrase you may often hear. Yes, sometimes the permitting authority identifies an item that impacts the project in such a way that may require either a redesign or an additional design, which may also require additional time and money to complete the project.

Because of these unfortunate impacts, design professionals are often reluctant to meet with permitting authorities or are pressured by their clients or their own supervisors not to discuss questionable items — and sometimes anything — with the permitting authority before they submit for permitting. It is almost as if this old adage applies, “It is easier to ask for forgiveness than for permission.”

When an engineering issue is identified after permitting (whether by the engineer, a code official, or a third-party inspector), many architects, engineers, project managers, and owners will say something like, “The design was already permitted. The code official should have caught the issue back then. We should not have to pay for or fix their mistake.”

However, a professional engineer is still responsible for meeting acceptable engineering standards on their engineering documents. Therefore, it is still the responsibility of the engineer to rectify these issues or else the engineer could be deemed negligent in the practice of engineering. In other words, you should not just avoid the situation and hope it will eventually go away, because it is still an administrative legal issue that violates 61G15, F.A.C.

The engineer needs to resolve the issue, whether by correcting the design, by obtaining a formal interpretation that clarifies the requirements, or through obtaining a documented waiver or variance through legal means. There are provisions in various codes that provide a legal means for seeking waivers or variances through alternative compliance methods, provided that the alternative design complies with the intent of the code provisions and establishes equivalency to the minimum requirements of the codes.

This process typically includes the engineer providing a signed, dated, and sealed letter to the code official that identifies the alternative compliance path and how this path meets the intent and is equivalent to the prescribed codes. The code official typically responds in writing to formally approve or deny the request.

Both engineers and code officials have similar purposes: to safeguard the life, health, property, and welfare of the public. Although they have different responsibilities, they are working towards this common goal and can be viewed as being members of the same team. By working together, the project and the process can be better.

Yes, discussing these interpretation issues with a code official during the design process could impact the scope and budget of a project, and this could potentially affect whether the project moves forward or not. The counter argument is not discussing these issues with the code official and risking the same scope of issues, but with potentially greater financial impacts and possible discipline against the Professional Engineer.

People are fallible, so it is understood that everyone makes mistakes. The real measure of a person — and a company as well — is what they do in response to their mistakes. Will they simply ignore it and hope it goes away? Or, will they admit it, fix it, and learn from it?

“The measure of a man’s real character is what he would do
if he knew he would never be found out.” – Thomas B. Macaulay

About the Author
Scott R. Drury, PE, is a licensed Professional Engineer in Florida with expertise in both mechanical and fire protection engineering, and is a certified Commissioning Authority (CxA), Certified Firestop Inspector, and LEED Accredited Professional (LEED AP BD+C). He is a principal for H2Engineering Inc. with offices in Tallahassee and Gainesville. He began serving on the Board in February 2018 and is currently its vice chair.