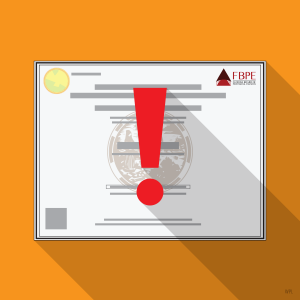 I recently had the opportunity to attend a meeting of the National Council of Examiners for Engineers and Surveyors (NCEES). NCEES is a national (now international) organization that was formed in 1920 to promote licensure across the country. All state engineering and surveying boards are members of NCEES.

During the meeting, NCEES staff discussed the increasing coordinated threats faced by state professional boards, including engineering. NCEES was formed to promote licensing of engineers with the understanding that licensing of competent individuals helps protect the public from the practice of engineering by unqualified individuals, who potentially could place the public at direct risk of harm. During the presentation, NCEES encouraged engineers to be more proactive in working to ensure licensure of engineers remains in place across the country.

To understand how and why there are increasing threats to the concept of professional licensing, we need to review a little history. The legal basis for the licensing and regulation of professions, such as the engineering profession, is grounded in the various states’ power to protect public health and safety. This authority is known as police power and was confirmed as constitutionally valid by a U.S. Supreme Court decision in 1889.

Licensing of engineers was first legislated in 1907 by the state of Wyoming to protect the health and safety of the public as agricultural, industrial, and public works were becoming more complex. As the western part of the United States was being settled and developed, starting in the mid-1800s, these works/facilities were increasingly being designed by unqualified people, and many were failing due to poor or no engineering design being done. Louisiana followed Wyoming’s lead shortly thereafter, and Florida started licensing engineers about a decade later, in 1916.

However, over the past decade, some special interest and other civic groups, state and federal court rulings, and even legislation at the state level have combined to reduce the ability of state boards to effectively regulate the practice of engineering. These actions would seem to indicate a different mindset from the original concept concerning the licensure of engineers that started in the early 20th century.

Let’s briefly discuss what some of these threats are and what we, as engineers, can do to prevent the weakening of the licensure of engineers that helps protect the health and safety of the public.

Why has there been an attack on licenses nationwide? Well, per the U.S. Bureau of Labor Statistics, the number of occupations that require a license have increased, with U.S. workers needing licenses for jobs.

Most people would agree that unlicensed doctors are a direct risk to the public health, safety, and well-being, and I believe we can all agree the same holds true for engineers. However, because of the growth in regulation of occupations without an obvious, direct link to public safety; many special interest groups, courts, and legislatures are interpreting the concept of professional licensure as nothing more than a means of protecting a profession rather than protecting the health or safety of the public.

As presented by NCEES, some of the ideas that have recently been enacted, or at least discussed around the country are:

So, what can engineers do?

There are numerous studies by groups outside the engineering profession that can be used to help demonstrate to civic groups how licensure of engineers helps protect the health and safety of the public. The National Transportation Safety Board’s report on the 2018 gas-line explosions in Massachusetts emphasizes the importance of Professional Engineers’ role in protecting the health and safety of the public. A thoughtful white paper on licensing of engineers was written by Victor O. Schinnerer & Co., Inc., an experienced underwriting manager of specialty insurance programs. The paper explains that “Licensing and regulation of design professionals (is) in the best interest of citizens.”

Another thing engineers can do is to talk to your legislators. Encourage them to use good judgment when making legislation dealing with the engineering profession. Emphasize that legislation needs to consider the link between licensure of qualified engineers and the protection of the health and safety of the public. After all, that is the entire reason engineering licensing was enacted by state legislatures in the first place. If we don’t do these things, given the current mindset these days, it is possible that meaningful engineering licensure that protects the health and safety of the public could go away in the not-too-distant future.

Kenneth Todd is a licensed Professional Engineer in Florida. He recently retired as water-resource manager for Palm Beach County and plans to begin consulting. Mr. Todd is serving his second term on the Florida Board of Professional Engineers and has been Board Chair since December 2017.