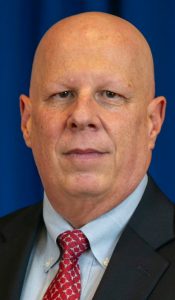 During its annual meeting in Scottsdale, Ariz., in August, the National Council of Examiners for Engineering and Surveying named B. David Cox its chief executive officer beginning Oct. 1, 2018. James Purcell, PE, began his term as 2018-19 NCEES president at the conclusion of the meeting.

As CEO, Cox will serve as secretary of the NCEES corporation and as chief employed officer of the Council, with authority over its daily operations.

Cox is currently the executive director of the Kentucky State Board of Licensure for Professional Engineers and Land Surveyors, a position he has held since 2001. During this time, he was also active in the work of NCEES. He served 10 terms on the organization’s Committee on Finances, including two as chair. He also served as a member of the Committee on Member Board Administrators, the Advisory Committee on Council Activities, the Governance Task Force, and the Licensure Qualifications Oversight Group. In 2014, NCEES awarded him the Meritorious Service Award in recognition of his contributions to the organization and the professions of engineering and surveying.

Cox holds a Bachelor of Science degree in accounting from the University of Kentucky and is licensed as a certified public accountant in Kentucky.

Cox replaces Jerry Carter, who is retiring after serving 11 years as CEO of the organization. The board of directors has named Carter chief executive officer emeritus in honor of his dedicated service, and he will continue to assist with NCEES initiatives as needed.

“The board of directors expects the threats to licensure across the country to continue and feels that NCEES needs a CEO with David Cox’s knowledge and experience in dealing with legislatures,” said 2017–18 President Patrick Tami, PLS. “We feel confident that the future trajectory of NCEES, with the addition of David to our excellent staff, is on course to effectively advance licensure for engineers and surveyors.” 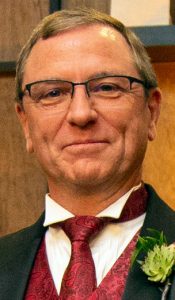 Incoming NCEES President Purcell is a resident of Lawrenceville, N.J., and has been a member of the New Jersey State Board of Professional Engineers and Land Surveyors since 2005, including a stint as board chair.

Purcell replaces Tami, who will remain on the NCEES Board of Directors as immediate past president.

Also during the annual meeting, NCEES members elected Dean Ringle, PE, PS, of Ohio, as president-elect for the 2018–19 term.

NCEES welcomed Brian Robertson, PE, of Colorado, and Marlon Vogt, PE, of Iowa, to its board of directors as well. Robertson and Vogt will serve two-year terms as vice presidents of the Western Zone and Central Zone, respectively.