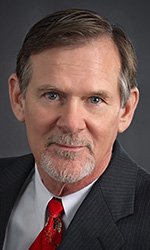 Raymond Jones Jr., PE, of University Park, Fla., has been awarded the NCEES Distinguished Examination Service Award for his dedicated service to NCEES and the engineering profession. The organization honored Jones at its 96th annual meeting, held Aug. 23-26, 2017, in Miami Beach.

Jones began volunteering with the Principles and Practice of Engineering (PE) Mechanical Exam Development Committee in 1990. During his 27 years as an exam development volunteer, he served as vice chair of the committee from 1998 to 2003 and as chair from 2004 to 2008.

In addition to writing and reviewing exam items, Jones has helped with assembling and grading exams for the Thermal and Fluids Systems, HVAC and Refrigeration, and breadth exam modules. He has participated in professional activities and knowledge studies, or PAKS, to update exam specifications and standard-setting studies to establish the passing score. He also was instrumental to moving the PE Mechanical exam to a multiple-choice format.

As he approaches three decades of service to the PE Mechanical exam, Jones is assisting with another momentous change to the exam: the move to computer-based testing. He continues to support the committee by being a prolific writer of exam items, mentoring new volunteers, and serving as a subject-matter expert for HVAC questions. He also recently began leading the quality assurance review of exam items for other sub-disciplines.

Jones has been a licensed professional engineer in Florida since 1976. He retired in 2015 from KTA Group Inc., of Herdon, Va., where he was senior mechanical engineer.

Other service award winners were: