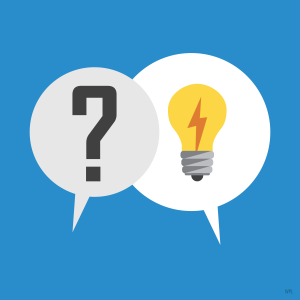 Last weekend, I attended a memorial service for a good friend of mine whose life was tragically cut short. While losing a friend is always a difficult circumstance, this particular one hit closer to home than others, with multiple similarities between our lives: married to a teacher, father of two daughters, and a Professional Engineer by trade.

But, unlike other memorial services that I have attended, this included a eulogy from one of his team members about his life as a Professional Engineer. First, let me briefly introduce you to my friend.

David (Dave) Conrad, PE, was a structural engineer who primarily worked in port engineering. I had the privilege of working with him on one project in my career, a pro bono for the church we both attended. During that project, I interacted with a few members of his team, one of whom gave this eulogy at his memorial service.

While I could tell you a lot of stories about Dave, I would like to share with you a few things mentioned by his team member during the eulogy, and how these can apply to each of us as Professional Engineers.

Dave was a mentor, a leader, and a loyal friend. He invested a lot of time in his team, not just with the technical engineering aspects, but also in other aspects of life. He taught his team first and foremost about our responsibility as engineers to protect the public. Dave was known for telling people about John R. Wooden’s Pyramid of Success.

Dave was concerned about the success of others as much as his own. He was patient as he listened to others, helping them not only to solve problems but also to understand the path to the solution. He found satisfaction and joy in helping people be the best engineers they could be. In addition to all of this, he was a devoted family man and leader at his church.

This got me thinking more about the whole concept of mentoring young engineers, and why this is an important aspect of our roles as Professional Engineers.

The engineering profession is different from many others. Many professions do not require an applicant to have 48 months of full-time experience (post-graduation) under the supervision of a licensed professional before being eligible for a license.

Just wondering, from whose perspective do you see that requirement — from the applicant’s or from the licensed professional’s?

The applicant is required to gain this experience to be eligible, but nothing requires a licensed professional to mentor a young engineer. Training and mentoring someone for four years takes a lot of time and effort. So, why would anyone want to spend their time and energy doing that?

Maybe it’s like being a parent. People do not typically become parents because they think it will make their life easier. In fact, they know that it will be a long commitment full of challenges, frustrations, and impacts on their time and personal finances.

But, as a parent, you get to experience life again from a different perspective, enjoy the successes of your child as they learn new things, mold eager minds and lives, and so much more. You can even carry-on traditions and start new ones.

“Success is peace of mind attained only through self-satisfaction in knowing you made the effort to do the best of which you’re capable.”
– John R. Wooden

Training and mentoring a young engineer can be just like that. Think about it… There are engineering traditions and fundamentals that have been passed on for generations, while new technologies and applications are continuously being made. Many people can learn engineering fundamentals from books. But, in addition to the technical application of engineering fundamentals, there are also a lot of intangibles — such as character, responsibility, teamwork, integrity, etc. — that we learn from our mentors.

Investing in the next generation of engineers is a way to pass on what you have learned as another way to continue our responsibility of “protecting the public health, safety, and welfare.”

As you read this next example, understand that I am aware that not all of you hold the same faith as me. However, hopefully you may appreciate the analogy.

There is a proverb in the Bible (Proverbs 22:6) that says, “Train up a child in the way he should go; even when he is old, he will not depart from it.”

The idea here is for us to teach our children the values we hold dear, not only in our words, but also by our deeds. If we apply that same logic to mentoring young engineers, we can help instill our engineering values into the next generation of engineers. We can teach them not only the correct way to apply engineering fundamentals, but also how to do so with integrity, how to take our responsibility to protect the public seriously, how to be a loyal team member, how to have mutual respect with the competition, and how to pass what they learn to the generation after them.

My friend Dave Conrad was a great example of this. I aspire to be more like him in many ways. I hope you will be inspired by this simple tribute and be that kind of mentor to the engineers you interact with every day.

Scott R. Drury, PE, is a licensed Professional Engineer in Florida with expertise in both mechanical and fire protection engineering, and is a certified Commissioning Authority (CxA), Certified Firestop Inspector, and LEED Accredited Professional (LEED AP BD+C). He is a principal for H2Engineering Inc. with offices in Tallahassee and Gainesville. He began serving on the Board in February 2018 and is currently its vice chair.