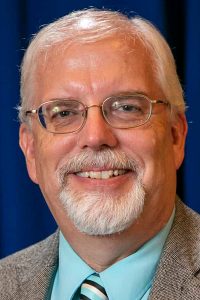 Dean Ringle, PE, PS, began his term as 2019–20 NCEES president at the conclusion of the organization’s annual meeting, held Aug. 14–17 in Washington, D.C.

A resident of Columbus, Ohio, Ringle serves as a member of the Ohio State Board of Registration for Professional Engineers and Surveyors. He replaces outgoing president James Purcell, PE, of New Jersey, who will remain on the NCEES board of directors as immediate past president.

NCEES welcomed Christopher Duhamel, PE, PS, of Rhode Island, and Timothy Lingerfelt, PLS, of Tennessee, to its board of directors as well. Duhamel and Lingerfelt will serve two-year terms as vice presidents of the Northeast Zone and Southern Zone, respectively.