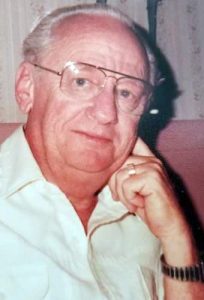 Born Oct. 7, 1929, in Flushing, N.Y., Mr. Bechamps attended the University of Miami, where he graduated with a bachelor’s degree in civil engineering in 1953. He received his Florida Professional Engineer license in 1960, and worked as a Head Highway Engineer at Dade County Public Works for several years before joining Carr Smith & Associates in 1969. He ran his own civil engineering firm from 1981-2005.

Mr. Bechamps was on the Florida Board of Professional Engineers from 1968-69 and 1973-86, serving terms as both chair and vice chair. He was instrumental in moving the FBPE office from Orlando to Tallahassee in 1979, and in a major rewriting of Chapter 471, Engineering, Florida Statutes.

He was among the first board of directors for the Florida Engineers Management Corporation, serving from 1998-2003. During that time, his efforts as chair and vice chair helped ensure a smooth transition from public to private management by contract with the Florida Department of Business and Professional Regulation.

Mr. Bechamps served as president of the Florida Engineering Society from 1971-72. He was FES Engineer of the Year in 1973, and received its award for Outstanding Service to the Engineering Profession in 1975.