FBPE Welcomes Four New Members to the Board

In June 2021, Gov. Ron DeSantis appointed eight to the Florida Board of Professional Engineers. 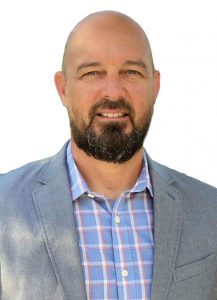 Jeb Mulock, PE, is president and owner of ZNS Engineering, the largest and oldest locally owned engineering firm in Manatee County. A native of Bradenton, Mr. Mulock earned a Bachelor of Science degree in business from The Citadel before completing his engineering degree with a specialty in water resources at the University of South Florida.

After working as a project manager for an engineering firm in Tampa, Mr. Mulock returned to Bradenton where he took a project management position at ZNS. With a drive to solve puzzles on how to make his community better, Mr. Mulock acquired ownership of the company in 2012.

Invested in Manatee County and valuing philanthropy, he has served on many boards including the Children’s Services Advisory Board, Foundation for Dreams, and Manatee County Historical Commission. Mr. Mulock has also served as vice president and president of the Kiwanis Club of Bradenton.

Mr. Mulock, an avid outdoorsman, spends many weekends with his wife and four children, fishing and exploring the waterways by boat or camping and hunting in Myakka.

Yassi M. Myers, PE, is the president of TLP Engineering Consultants, a transportation and water resources consulting firm. She is highly regarded as a professional engineer and has built an impressive resume of large and complex projects that provide vital links for the transportation system in Florida.

Ms. Myers has left her mark — not only on the technical arena, but on the engineering profession as a whole — earning numerous professional accolades and awards such as the State Outstanding Services to the Engineering Profession Award, State Engineer of the Year, and Central Florida Engineering Week Leadership Excellence Award.

Her dedication to the community has been evident from her many leadership positions, such as the Orange County Development Advisory Board vice chair, and her continual involvement with local charities and community events. Ms. Myers takes pride in being a past recipient of the Orlando Business Journal’s award recognizing the top five women business owners in Central Florida. 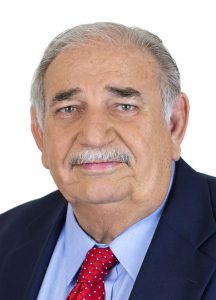 John C. Pistorino, PE, who fills the education seat, is a practicing structural and civil engineer who obtained his Florida PE license in 1970 and his Threshold Building Special Inspector license in 1984. He graduated in 1964 from the University of Florida College of Engineering with a Bachelor of Civil Engineering, and graduated in 1970 from the University of Miami with a Master of Science in Civil Engineering. In 1986, he became president of Pistorino and Alam Consulting Engineers Inc., a leading architectural, structural, and civil engineering firm in the South Florida area.

He has served on many committees including chair of Miami-Dade County’s DERM Environmental Quality Control Board, Florida Building Construction Industry Advisory Committee, Miami Beach Design Review Board, engineering industry advisor to University of Miami, Florida International University, Miami Dade College, and as a Board member of the Biscayne Bay Task Force and others.

The accomplishment Mr. Pistorino is most proud of is his family; his wife, Maria Hernandez Pistorino, and seven children and 13 grandchildren. 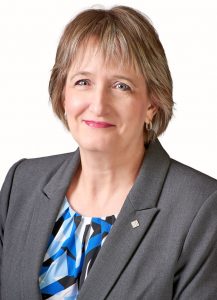 Denise Ramsey, PE, is the vice president of AE Business Processes and chief engineer with Haskell Architects & Engineers in Jacksonville. She is also the company’s chief of design project management.

She has spent her career at Haskell, starting in 1984 as a mechanical engineer intern, obtaining licensure in 1989 as a professional engineer in Florida.  Ms. Ramsey has held a variety of positions at Haskell over her 37-year career, in both technical leadership and leadership of teams.

Ms. Ramsey graduated with a Bachelor of Science in Mechanical Engineering from the University of South Florida, and has a Master of Business Administration from Jacksonville University.  She is licensed as a PE in 45 states, is a LEED AP BD+C, showing her commitment to sustainability, is a Designated Design-Build Professional serving that organization as the National Certification Board chair, and is a member of the American Society of Heating Refrigerating and Air-Conditioning Engineers (ASHRAE) and the Florida Engineering Society.

Ms. Ramsey is passionate about mentoring young people by volunteering her time with Big Brothers Big Sisters of Northeast Florida Beyond School Walls program.  She also involved with the ACE Mentor Program of Northeast Florida, which she founded in 2006, as well as the ACE Mentor Program of America, which offer an after-school mentoring program exposing high school students to careers in architecture, construction, and engineering.

She is a graduate of the Leadership Jacksonville Class of 1999, the Florida Engineering Leadership Institute Class of 2007, was honored as a Woman of Influence in 2008 by the Jacksonville Business Journal and received the Outstanding Tutor of the Year Award in 2000 from Learn to Read Inc.  In 2013 she was recognized by the Jacksonville Mayor’s Commission on the Status of Women during Women’s History Month for her mentoring and engineering achievements. 2019 saw Ms. Ramsey honored by the Northeast Florida’s chapter of FES with the award of the James F. Shivler Jr. PE Award for Outstanding Service to the Engineering Profession.