Two Florida universities have named new deans of their colleges of engineering. 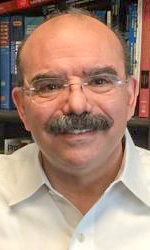 Florida International University: In March, John L. Volakis, Ph.D., was appointed dean of FIU’s College of Engineering & Computing. Volakis was previously the Roy and Lois Chope chair and professor of electrical and computer engineering at Ohio State University and director of the university’s ElectroScience Laboratory.

“At the heart of engineering is the ability to find creative ways to solve complex problems,” FIU Provost and Executive Vice President Kenneth G. Furton said. “Under Dean Volakis’ direction, the College of Engineering & Computing will prepare students to develop innovative solutions to those challenges, and prepare them to excel in a demanding field.”

An immigrant from Greece, Volakis arrived in the United States knowing only a few words of English, and worked to pay for his education. Today, he has earned international recognition for introducing hybrid finite element methods, widely used in electromagnetics computer-aided-design packages, small and wideband antennas, and textile electronics with applications for radio frequency communications for cellular and satellite communications, sensors for healthcare and the internet of things.

“Throughout my career I was fortunate to have great teachers and mentors, and to reach an unlikely level of success,” Volakis said. “It is a privilege to give back to a community similar to the one I came from, and to help the College of Engineering & Computing lead the nation in student success and research indicators.” 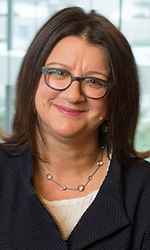 Florida Atlantic University: In August, Stella N. Batalama, Ph.D., was named dean of FAU’s College of Engineering and Computer Science. Batalama was chair of the University of Buffalo’s Department of Electrical Engineering.

She held various positions at the University of Buffalo since 1995, including associate dean for research in the School of Engineering and Applied Sciences, and from 2003-2004 was acting director of the Air Force Research Laboratory Center for Integrated Transmission and Exploitation, in Rome, N.Y.

“We are very excited that Dr. Stella Batalama decided to join Florida Atlantic University,” said Gary W. Perry, Ph.D., FAU provost and vice president for academic affairs. “Dr. Batalama is a leader in her field and she brings with her impressive academic and research expertise that will propel our College of Engineering and Computer Science to new heights. We extend our appreciation to Dr. Mohammad Ilyas for his dedicated commitment and many contributions to the College of Engineering and Computer Science in his role as dean.”